2 Substitutes for Almond Flour That You Can Make at Home 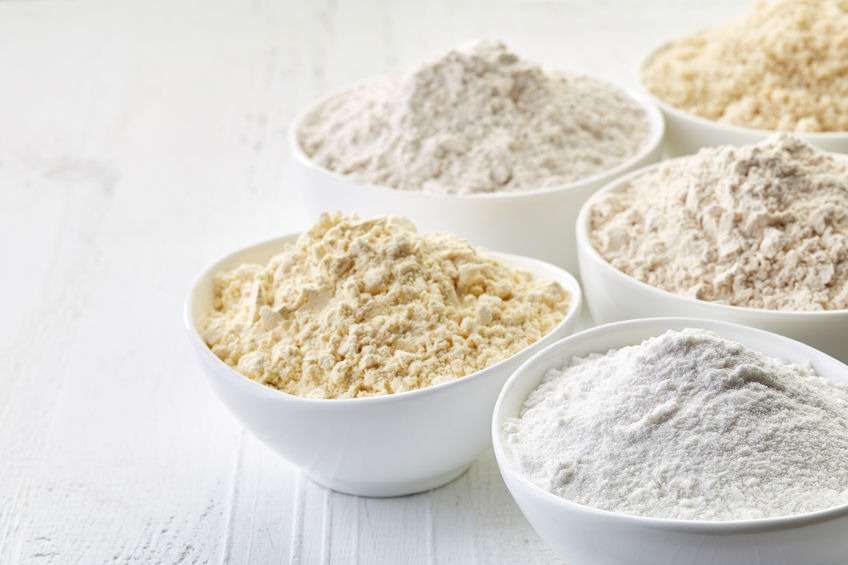 In my Paleo Sweets Cookbook, a lot of the recipes use a combination of different flours including almond flour, arrowroot starch, and coconut flour. And one of the biggest questions that I get from people about those recipes is “what is a good substitute for almond flour?”

This is a consideration for myself as well because, after I wrote the cookbook I discovered that I was sensitive to almonds!

As I was creating the cookbook and testing out the recipes (aka eating lots of cake, cookies, and brownies) I was wondering why I was feeling so terrible all the time. Surprisingly, no, it wasn’t because I was eating too many sweets—it was simply because I was eating too much almond flour! Who knew?! I was thankful that I discovered the cause, but then I had to start finding substitutes for almond flour in all my recipes!

Across the board, I’ve found that cashew flour is THE BEST substitute for almond flour.

You can use a 1:1 ratio when replacing cashew flour for almond flour. Flavor-wise, I’ve found that cashew flour won’t really change the flavor of your baked food when used in place of almond flour. Plus, it’s super simple to make and I’ll tell you how below! (It’s also available online if you don’t own a food processor to make it yourself.)

Now, this isn’t going to be the most helpful substitute if you’re sensitive or highly allergic to all nuts—those of you that are may move on to number 2! But through talking with others, I was surprised to discover that many people that are allergic to tree nuts are fine with cashews because it’s actually a seed, not a nut!

How to Make Homemade Cashew Flour

Add 2 cups of raw cashews to a food processor. Pulse the cashews a couples of times first, then turn the food processor on for about 30 seconds. After 30 seconds, if your cashew flour isn’t super-fine, that’s totally okay, you can have some small pieces in there and your recipes will still turn out great! But if you’d like, you can continue processing for a little while longer checking often (we don’t want cashew butter!) The only stipulation you must follow here to make sure your recipe works is that the cashews you use need to be raw!

This is something that I previously had never thought about using as a flour, I use sunflower seed butter though, so I thought, why not?!

If your body doesn’t handle nuts at all this “sunflour” is perfect! And just like the cashew flour, you can make it at home!

This one is a little more tricky to make, but still completely doable! Again, add 2 cups of raw sunflower seed kernels (without the shells) to your food processor. We’re going to pulse for longer than we did with the cashews—keep pulsing until the seeds look fairly broken down. When the seeds all look pretty crushed, you can turn the food processor on, but not for too long! Keep an eye on them checking the consistency often because they WILL turn into sunflower butter if you run them for too long!

A friend and I made chocolate chip cookies from my cookbook using both of these flours to see which one we like best. The verdict? It was a tie!

I thought the cashew flour create a cookie that tasted most similar to the original recipe: soft, chewy, scrumptious. One thing I discovered, though, is that it had more of a tendency to fall apart. So for cookies, I’d advise not cutting them quite as thin or not flattening them out when using cashew flour.

Either way, both are cashew flour and sunflower meal are fantastic substitutes for almond flour for all your baking needs!